This letter first appeared in the newsletter Letters from Nova, in the August 2018 edition. Subscribe to receive these letters in your inbox. 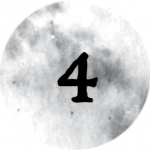 “There were places a girl could go, and disappear another way, and keep on living.”
—A Room Away from the Wolves

Sometimes we go to a place expecting to get work done on the thing we said we were going to write. But then something about where we are—the space, the moment, the swirl of scent and noise and magic in the air—reveals it has something else in mind. Something deeper and more true to you.

When this happens, you need to listen. 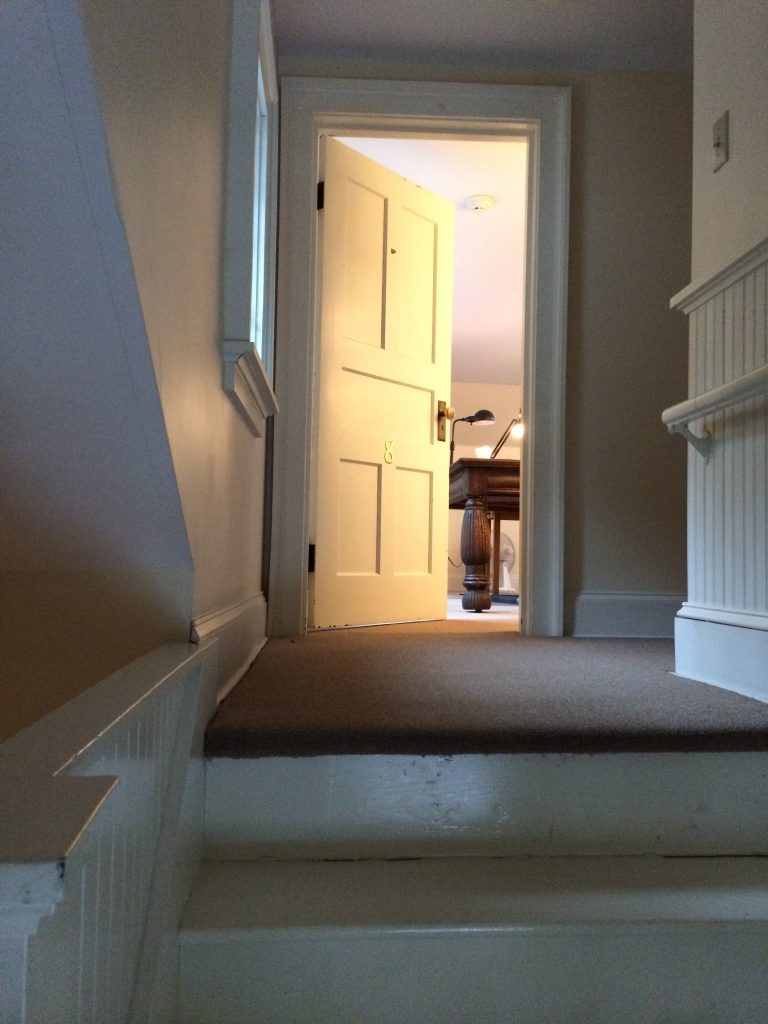 The first seeds of A Room Away from the Wolves came to me when I was writing in the very room pictured above. I’d had a stroke of good luck and was offered a residency at an artist colony called Yaddo in Saratoga Springs, New York. I went there for the second time in December of 2014, fully committed to writing an entirely different book that was supposed to come after The Walls Around Us. The story I tell to explain why I decided to abandon that book-in-progress after turning in a draft of it and instead write this other thing about mothers and daughters and magic and city dreams sounds more colorful when I tell you about the ghost.

So yes, while at Yaddo I had a possible-maybe ghost sighting (still not sure if my mind was playing tricks on me) and a fascination with a framed portrait of the colony’s founder in the living room over the fireplace, drawn to it every day and sure she seemed to watch me, no matter where I was in the room, and judge, with a certain glimmer in the eye, if she was pleased with my writing progress that day or not.

That’s part of the story, and maybe you’ll hear me tell it in person at one of my events this fall.

The other part of the story is the attic room.

Residents were assigned rooms to sleep in and work in. (Sometimes it’s the same room.) I’ve heard that if you are given the gift to return, you will not get the same room twice, and that you should never ask for a specific room. Let the fates decide where you belong.

That December visit, I was assigned the writing studio that had belonged to Sylvia Plath when she was in residence (along with Ted Hughes) in 1959. The room was on the top floor of West House, up a creaky set of stairs set apart from the bedrooms and other studios. It was small, with a ceiling that slanted down, a set of windows facing the driveway and a stretch of trees, and a skylight that was blurred and shadowed and didn’t show much sky. In the room was a recliner, a heavy-footed wooden desk, and a small framed photograph of sheep grazing in a gray field.

It was a tucked-away room. Modest. Not at all grand, like quite a few of the other rooms I got to peek into were. But in 1959, it was the writing studio that belonged to Sylvia Plath. During her time at Yaddo she worked on breakthrough poems and faced struggles and came through on the other side. She wrote in her journal while there that she wanted “to be honest with what I know and have known. To be true to my own weirdnesses.”

Being “true to my own weirdnesses” is the thing I constantly come up against, battling doubt for each book. When I was writing in that attic room, I was compelled to reread Plath’s poems as well as her first and only novel, The Bell Jar. (Once you read Wolves—a girl on her own in New York City, a girl who’s questioned her right and desire to keep living—you may well see the feathery touch of its influence.)

I had an odd, prickly feeling. Maybe it was the ever-watchful portrait or the ghost I saw in my bedroom downstairs. Maybe it was the words I was absorbing from the fellows library and all my voracious reading (“I am, I am, I am”), but my heart began to slip off into another direction, even as I tried to keep it steady and performing as planned. I had a deadline. The date was blazing red on my calendar. I had a commitment. A promise to my editor. I’d said I would do a thing, and I hated to disappoint people. I didn’t want to fail, and not writing the book I said I’d write felt a lot like failure.

Yet all the while deep in the back cavern of my mind another story was percolating. The churning became louder. And louder. Louder still.

If I gave in, would it mean I failed?

After I finished that residency, and a skimpy draft of the other book and met the deadline as best I could, as promised and as planned, I realized I had brought an unnamable force home with me. I kept hearing a small yet insistent voice in my ear. This isn’t the book you should publish next, it told me. The story you need to be telling now is something else. I was embarrassed to admit I’d made a mistake, but eventually the whisper turned to shouting. Within months of leaving Yaddo, I emailed my agent and got his guidance on what to do next. I ended up shelving the other novel for another day (and there will be a day—I just think it wants to be a novel for adults). And I turned my sights to a magical boardinghouse watched over by a long-deceased woman named Catherine. I turned to a story about mothers and daughters and fire escapes and rooftops and troubled girls and finding a place to belong. You now know it as A Room Away from the Wolves, and oh, did I tell you it comes out September 4? It was the book I was meant to be writing next.

I think it was my time in the room away that did it, that caught me up, gave me quiet, made me honest. I think I needed to get away from the wolves circling me (in this case, my fears of being a disappointment to the very people who just wanted me to be myself).

I remember the attic room.

I remember the eyes over the fireplace telling me to go back up that narrow staircase and sit at my desk and do the work, no matter how long it took me or where it took me or what I had to leave behind.

I think I succeeded in being true to my own weirdnessess—and doing the work.

This is why I long for a room like that now, but as my fellow writers and creators know: We can’t rely on the magical residency acceptance to save our writing. I haven’t had that stroke of luck of another residency visit since those weeks at Yaddo. We have to carve out the space where we have it, in the time we have, and build a room away from the wolves inside our minds.

“A room is a place where you hide from the wolves outside and that’s all any room is.”
—Jean Rhys, Good Morning, Midnight

It doesn’t matter where your room is. It could be a café table surrounded by strangers and curtained off with a forcefield in your imagination. It could be your kitchen table. It could be a self-designed retreat with friends.

Wherever it may be, figurative or real, modest or grand, and however long you have it, I wish you your own room away. In it I hope you get to try and to fail, to listen to the voice in your head, and to discover your weird, wonderful truths.