This letter first appeared in the newsletter Letters from Nova, in the May 2018 edition. Subscribe to receive these letters in your inbox. 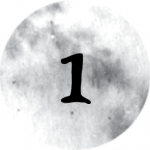 “I might grow a new heart here. I might change into an entirely new person.”
—A Room Away from the Wolves

I recently had reason to pry open my old diaries from when I was a teenager. I laughed. I cringed. I realized that awful things had happened to me though I didn’t then know the names to call them. I also came to see the girl I was, and how much of her I’ve channeled into my books over the years, in ways I didn’t realize, especially the book I have coming out this September, called A Room Away from the Wolves. 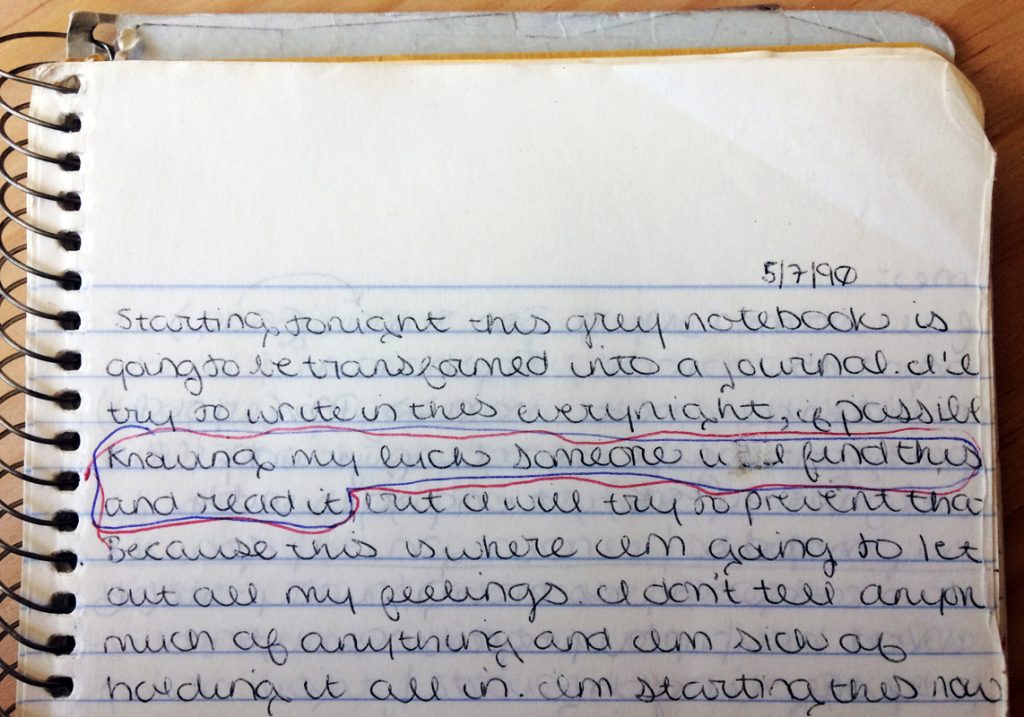 You may ask why was I torturing myself with old embarrassments, probably better left buried. Why do such a thing voluntarily, now I’m grown and done with all that? I happened upon the diaries when I was packing up my apartment in New York. We were in a race to get everything in boxes before the moving truck arrived, but I had to stop and start reading. I had to stop and acknowledge who I was.

At first I didn’t recognize my own handwriting. As I flipped through the worn, soft notebook pages, I watched my handwriting change over the years and through a flurry of emotions. Stray pieces flew out at me like: “I want to fall in love. I want to know what love is.” “Why am I so sad? I have nothing to be sad over.” “I hate being told what to do – I want to do what I want. The only problem is – I don’t know what I want.” I desperately wanted to be liked, and kept careful track of friends’ and acquaintances birthdays, constantly admonishing myself for forgetting said birthdays, as if remembering might help people like me more.

Now, I know what love is, and I still don’t always know why I get sad. I continue to hate being told what to do. And that same feeling of wanting to be liked, and being broken apart when I discovered I wasn’t, has simply turned into the reason I’ve banned myself from Goodreads.

Last month I led a writing retreat in California, and one evening we gathered to share writing we made as teenagers. Since it was my idea to force this on everyone, I went first. I cracked open the diary I kept when I was a young teenager—a gray spiral notebook, the first of what soon became many—and read a few scattered entries aloud. At first I found myself laughing too hard at who I was, as if I couldn’t possibly be that person anymore. We were all laughing, but somehow the laughter changed and a whole host of other emotions came. We were remembering. We were appreciating. We were acknowledging. I read from my diary, and others read from their diaries, and some of us read terrifying short stories we wrote as teenagers and hilarious fanfiction and one of us borrowed a guitar and sang her long-ago but never forgotten songs. The night may have started off with my awkward confession that I used to attempt to mimic the dance moves in the “U Can’t Touch This” video secretly, when no one was looking, but it ended with deeper, daring confessions, and our hopes and dreams and wild and flawed and funny and hopeful teenage selves worth acknowledging and giving respect.

After, we observed something amazing: We realized we could hear each of us—the writers we know today—in the words we wrote when we were teens. There was something recognizable in our voices. We were there, from the beginning. We’ve always been there.

In A Room Away from the Wolves, my narrator Bina wants to escape the mistakes she’s made, the wolves at her heels. She runs away to New York City, where no one knows her and what she’s done. She wants to change into an entirely new person, and so did I. Each time I moved to a new town and started a new school, each time I started a new spiral notebook and hid it in various spots all over my room (under the mattress, top of the closet, bottom of the closet, ceiling vent), I was trying to reinvent myself because I didn’t think anyone would like who I really was. I just moved to a new city weeks ago… am I doing it again?

I see myself more clearly now, as I look through what I wrote all those years ago. People may have tried to make me feel small back then, and no one more than myself, but I was finding my voice all the while I was determining the shape and slide of my handwriting. In a way, you could say A Room Away from the Wolves, at least the emotional truth of it, began in a gray spiral notebook that says PRIVATE THOUGHTS in scratching stabs of red pen on the front.

The girl I was then would see herself in my pages today, as I see myself in hers.